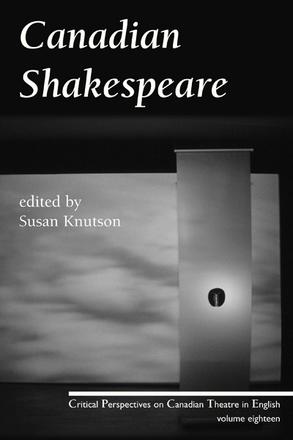 Notes on Playing Shakespeare by Ann Wilson and Steven Bush (1988)

Teaching, Performing and Responding to Shakespeare in Multicultural (Postcolonial) Canada and Quebec by Denis Salter (1999)

The Spectre of Straight Shakespeare: New Ways of Looking at Old Texts in Goodnight Desdemona and Mad Boy Chronicle by Ellen MacKay (2002)

“Redescribing a World”: Towards a Theory of Shakespearean Adaptation in Canada by Linda Burnett (2002)

The Death of a Chief: An Interview with Yvette Nolan by Sorouja Moll (2006)