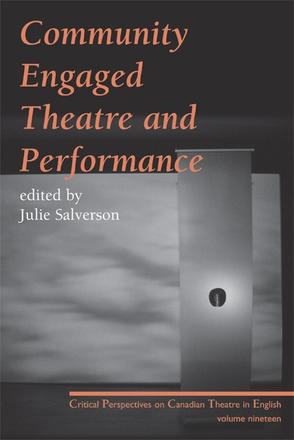 The Spirit of Shivaree and the Community Play in Canada; or, The Unity in Community by Edward Little and Richard Paul Knowles (1995)

The Gaze from the Other Side: Storytelling for Social Change by Sherene H. Razack (1998)

Whose Community? Whose Art? The Politics of Reformulating Community Art by Honor Ford-Smith (2001)

Pedagogies, Politics and Practices in Working with Youth by Edward Little and Rachael Von Fossen (2001)

Strategic Narratives: The Embodiment of Minority Discourses in Biographical Performance by Nisha Sajnani (2004)

Imagination and Art in Community Arts by Julie Salverson (2004)

The Cultural Equivalent of Daycare Workers? by Ruth Howard (2006)

Performing an Asylum: Tripping Through Time and La Pazzia by Kirsty Johnston (2008)

The Give-Back of the Giving Profession by Kelley Aitken (2011)

Other Books By Julie Salverson