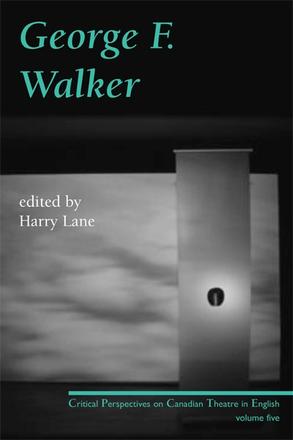 George F. Walker: B-Movies Beyond the Absurd by Chris Johnson (1980)

from "George F. Walker" in The Work: Conversations with English-Canadian Playwrights by Robert Wallace (1982)

Looking for the Light: A Conversation with George F. Walker by Robert Wallace (1988)

Slashing the Pleasantly Vague: George F. Walker and the Word by Stephen Haff (1992)

Out With the Queers: Moral Triage and George F. Walker's Theatre of the Film Noir by Ed Nyman (1996)

A Conversation with George Walker by Carole Corbeil (1998)

from The Theatre of Form and the Production of Meaning: Contemporary Canadian Dramaturgies by Ric Knowles (1999)

"Some Kind of Transition Place Between Heaven and Hell": George Walker's Aesthetics of Hybridity in Heaven by Marc Maufort (2003)

Equal Before and Under the Law: Rethinking the Marginality in This is Wonderland by Amanda McCoy (2005)