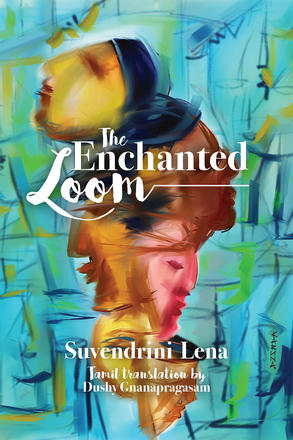 The Sri Lankan civil war has left many scars on Thangan and his family, most noticeably the loss of his eldest son and the crippling epileptic seizures brought on by his torture. As the final days of the war play out, the family bears witness from their new home of Toronto. Thangan’s other son Kanan comes home from a protest, shaken that someone referred to him by his brother’s name. His young daughter Kavitha innocently dances around with a mysterious pair of anklets that she found. And Thangan’s wife Sevi is consumed with feeling responsible for her broken family. Amidst the ongoing trauma, the family is faced with the possibility of Thangan undergoing neurological surgery. Will the surgery give them a chance to heal, or will it cause even more pain?

Presented in both English and Tamil, this poetic play is both medical and mystical, drawing a connection between trauma and memory that creates a stark reminder of loss, hope, family, and freedom.

“The storytelling is sensitive and nuanced.”

“It is an important story that needs to be told.”