Dr. R. Cheran is a Tamil Canadian academic, poet, playwright, and journalist. He is a professor of sociology at the University of Windsor in Canada. He has authored over fifteen books in Tamil, and his work has been translated into twenty languages. Several volumes of his work have been published in English translation, including The Second Sunrise (translated by Lakshmi Holmstrom, 2010), In a Time of Burning (translated by Lakshmi Holmstrom and Sascha Ebeling, 2013), and You Cannot Turn Away (translated by Chelva Kanaganayakam, 2011). His poems in English translation have also been published in numerous literary magazines, such as Bomb (New York), Modern Poetry in Translation, Many Mountains Moving, Exiled Ink, Mantra Review, and Talisman. 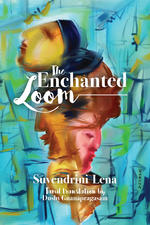