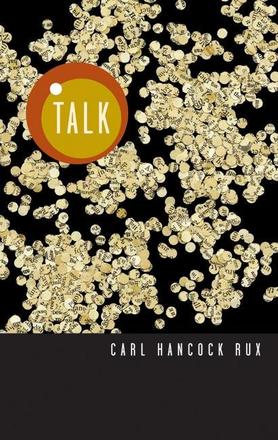 "Carl Hancock Rux is full of promise and virtuosity . . . a gifted poet who offers up vibrant imagery like a street corner preacher in the midst of a nervous breakdown. "—New York Times

"Talk is the most intellectually ambitious play in years. It wins the case for a renewed theatre of ideas. "—Time Out

"A dazzling play. Mr. Rux’s ideas have the urgency and passion of actions. He draws on satire, rhetoric, naturalism (the kind that Strindberg said ‘seeks out the points where great battles take place’) and poetry. "—Margo Jefferson, New York Times

In the age of McCarthy and the Beat poets, a controversial African-American artist, Archer Aymes, became an overnight sensation for his first book, Mother and Son—ten years later he was found dead in a prison cell. Decades later, a conference is formed and a panel comes together to debate the facts and importance of Aymes’s life. Through Rux’s vivid imagery, and meticulous research, his crackling dialogue and poetically constructed debate, we become participants at the conference, and listen very closely, achingly, as Rux scrutinizes the way we record history, skewers our reverence toward celebrity and academic authority, and dismantles our confidence in our own memory.

Carl Hancock Rux is a multidisciplinary artist who combines poetry, music, theatre and dance. He was a resident artist with Mabou Mines; The Ebenezor Experimental Theater in Lulea, Sweden; and the University of Ghana at Legon. He is the author of numerous plays, including Waiting for the Dog to Die, and has been commissioned to write poetry/prose for the Alvin Ailey Dance Theater and Urban Bush Women. His debut album, Rux Revue, (Sony) was named one of the top alternative music CDs of 1999. His second CD, Apothecary Rx, is to be released by Giant Step in 2002. He is the author of Pagan Operetta, a book of poems, and his first novel, Asphalt, has been signed by Simon & Schuster. 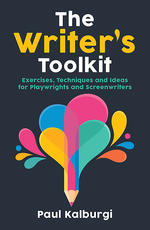 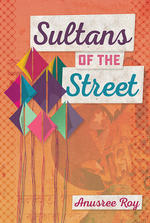