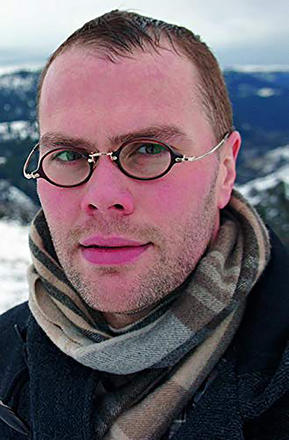 A double volume containing two interrelated plays that focus on the modern-day descendants of Meriwether Lewis and William Clark. In Lewiston, an aging descendant of Meriwether Lewis sells off her family’s land as she becomes increasingly convinced that her family’s past is a curse. But when an unexpected visitor enters the picture, she is left to consider if there is any good left in the world. In Clarkston, a young descendant of William Clark has made the journey out west from his home in Connecticut, anxious to find meaning in his own history. Faced with the reality of the diminished towns that used to make up America’s shining frontier, his faith in his future and the future of the country itself begins to falter.

"Riveting, haunting, extraordinary. .. Leave it to Hunter, right at this moment, to find something beautiful beyond dispute that unites us as Americans, and as all people living here. "

"[Hunter] is interested in American disenchantment, in the great adventure stories we've told ourselves about ourselves, and the legacy of those stories in a time when 'there’s just nothing left to discover. ' His characters are contemporary lost souls, too aware of the underbelly of the American narrative ? of all that was lost and stolen and destroyed in the name of exploration and expansion ? to believe in anything so naïve as a national dream, but still searching, stumbling down unknown paths toward something as small, or as great, as each other. "

"Theater of the most deeply moving kind. .. By the evening's end, you'll have a palpable sense of having shared something special with your fellow theatergoers. "

"For the daring theatrical explorers among us, Lewiston/Clarkston is a must-see. "

Other Books By Samuel Hunter