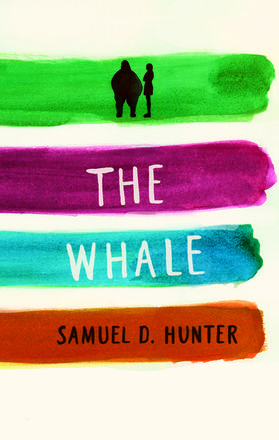 The Whale / A Bright New Boise

Acclaimed for his gentle, complex characterizations, Samuel D. Hunter's bighearted and funny plays explore the quiet desperation running through many American lives. The Whale tells the story of a six hundred-pound shut-in's last chance at redemption and of discovering beauty in the most unexpected places when he reaches out to his long-estranged—and severely unhappy—daughter. Hunter's second piece, the Obie Award-winning A Bright New Boise, is a philosophical investigation of faith and search for meaning in rural Idaho where a disgraced evangelical is forced to take a minimum-wage job at the local Hobby Lobby craft store in an effort to reunite with his estranged son.

"Exhilarating. .. A Bright New Boise is an unsparing account of the hunger pangs in the barren American gut. .. Hunter has such highly sensitive antennae for the look and rhythm of mundane places that A Bright New Boise develops an authentic texture, separate from other pieces in its genre. " —Peter Marks, Washington Post

"Despite the crisp wind of despair that blows through Samuel D. Hunter's beautifully realized A Bright New Boise, this clear-eyed comedy about faith's meager harvest will still lift your heart. Some of it is simple delight in craft. .. The rest of our pleasures lie in Hunter's gentle characterizations, a plot that mingles absurdity and genuine philosophical investigation. " —Helen Shaw, TimeOut New York

"The Whale is a tragedy in a minor key, about a man torn between flesh and spirit. .. Humane, sharp and often funny. " —David Cote, TimeOut New York

"A dark, droll and ultimately explosive work. .. Funny, compassionate and disturbing all at once, Hunter's quintessentially American scenario portrays an individual trapped in an emotional and cultural wasteland, his life configured by uncaring impersonal forces, his spirit hobbled by unnamed guilt. " —Deborah Klugman, LA Weekly

"A deeply affecting and piercingly amusing play about guilt and connection. .. Hunter has given all of these funny-sad lost souls details that emerge bit b y bit and twist and expand the story in compelling ways. " —Joe Dziemianowicz, New York Daily News

"A simple, superb little heartland heartbreaker. .. This is a rube tragedy--a respectful and honest-feeling one, for a change, with unquenchable humor and scrupulous emotional honesty--and by jingo, it sings. " —Scott Brown, New York

"An anxious, funny look at the messianic and the mundane in America. .. Hunter delivers these characters and their crucibles with tenderness and rage. For all its mistrust of religion, the play is a kind of prayer. " —Charles Isherwood, New York Times

"Beautifully devastating. .. The Whale manages to be about so very much at once: writing, parenting, teaching, religion, body image, overeating, the price paid by gay couples born in the wrong state or just a few years too soon. But, most of all, The Whale is a remarkably eloquent exploration of the way the need for honesty overwhelms us when we sense that our time is short. " —Chris Jones, Chicago Tribune

"Extraordinary. .. Hunter has constructed an outsize, gothic scenario in tender miniature, against a backdrop so blandly bleak we brace ourselves for despair: the sound of cascading highway traffic braids itself with the crashing surf inside Charlie's head. Is it all too much? Never for a second. " —Scott Brown, New York

"A vibrant, provocative new play. .. The sharp-eared skill and sensitivity with which Hunter explores his thickly layered material are matched by his fair-mindedness. " —Michael Feingold, Village Voice 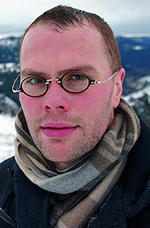