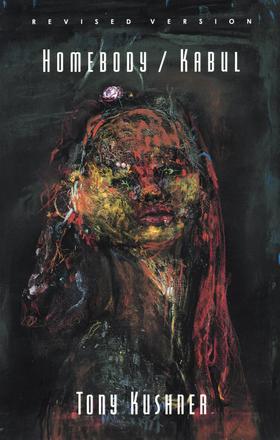 "Tony Kushner’s Homebody/Kabul is the most remarkable play in a decade . . . without a doubt the most important of our time. "—John Heilpern, New York Observer

"This compelling evening testifies that Mr. Kushner can still deliver his sterling brand of goods: a fusion of politics, poetry and boundless empathy transformed through language into passionate, juicy theater . . . a reminder of how essential and heartening Mr. Kushner’s voice remains. "—Ben Brantley, New York Times

"Homebody/Kabul is a rich and intelligent piece. "—Peter Brook

"Searing . . . Kushner’s use of language and ideas continues to make us think about the deeper questions . . . he makes the political personal . . . a masterful conglomerate of words, ideas and history. "—Mary Houlihan, Chicago Sun Times

In Homebody/Kabul, Pulitzer Prize-winning playwright Tony Kushner, author of Angels in America, has turned his penetrating gaze to the arena of global politics to create this suspenseful portrait of a dangerous collision between cultures. Written before 9-11, this play premiered in New York in December 2001 and has had subsequent highly successful productions in London, Providence, Seattle, Chicago and Los Angeles. This version incorporates all the playwright’s changes over the past two years and is now the definitive version of the text.

Tony Kushner’s plays include A Bright Room Called Day and Slavs!; as well as adaptations of Corneille’s The Illusion, Ansky’s The Dybbuk, Brecht’s The Good Person of Szecguan and Goethe’s Stella. Current projects include: Henry Box Brown or The Mirror of Slavery; and two musical plays: St. Cecilia or The Power of Music and Caroline or Change. He recently collaborated with Maurice Sendak on an American version of the children’s opera, Brundibar. He grew up in Lake Charles, Louisiana, and he lives in New York.

Other Books By Tony Kushner