Meet the author of the comedic musical A Perfect Bowl of Pho—Nam Nguyen!

Describe yourself in one sentence.
Now I have the pretense of "educating theatre audiences about Viet cultural history," but I was a condescending know-it-all way before you paid me to be one.

Tell us a little bit about your new book.
A Perfect Bowl of Pho is a musical comedy which follows the titular noodle soup through the development of the modern Vietnamese diaspora, and it also follows a playwright named Nam (no relation) as he negotiates how to best depict that history. In just twelve scenes and songs, it's the most fun time you'll ever have learning about the wildly un-fun time the Viets had from the late 19th century onward, featuring special guest stars French Colonialism, the Cold War, Sharks with an Appetite for Indochinese Refugees, and American Hipster Chefs.

What’s something unique about you or something you like to do?
Once I got bored and learned to do some overtone singing. It impresses people who went to music school and pretty much no one else.

What is something that you enjoy doing, and why?
At time of writing, I've played entries from the Civilization game series for over 2,500 hours. It's just a game and one that dramatically oversimplifies historical process, but Civ perfectly tickles the parts of my brain that love optimizing numbers and taking the long view on humanity's existence. I also imagine that real-life imperialists had/have the same amount of fun taking over the world, but I get to do it at home and without literally killing millions of people.

What are some of your favourite plays?
Some picks in reverse-chronological order:
The Jungle by Thomas McKechnie & Anthony MacMahon
trace by Jeff Ho
The Gay Heritage Project by Damien Atkins, Paul Dunn, and Andrew Kushnir
Hamilton by Lin-Manuel Miranda
#aiww: The Arrest of Ai Weiwei by Howard Brenton
Assassins by Stephen Sondheim & John Weidman
M. Butterfly by David Henry Hwang
The Tragedie of Ivlivs Cæsar by some twat from England

What are you reading these days?
Recently I dug The Anthropocene Reviewed by John Green, which interrupted my slow re-read of The Sympathizer by Viet Thanh Nguyen (no relation, but actually).

What’s something that makes you laugh?
If you recognize this, you're trash but I like you. 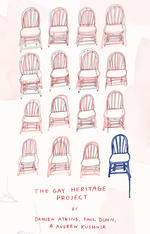 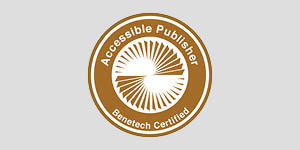 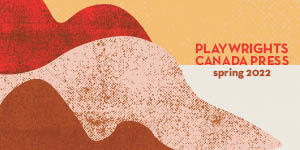