What if you weren’t who you thought you were? In Birds of a Kind, a new play by Wajdi Mouawad and translated by Linda Gaboriau, Eitan is a young Israeli-German man who realizes he may not be the person he thinks he is. His girlfriend, Wahida, accompanies him to Israel. After a terrorist attack lands Eitan in the hospital, Wahida continues his search and the family is forced to confront their identities.

In this excerpt, Eitan and Wahida meet for the first time and ponder coincidence, fate, and what brought them together.

I
BIRD OF BEAUTY

1.The impeccable harmony of chance

Central hall of the library in a university on the East Coast of the United States. Varnished wood tables. People of all ages. Many with computers and earphones. A young woman is working at one of the tables, engrossed in an old book. A young man passes her, stops short, turns back and grabs the book away from her. She stands up, stunned. The young man examines the book, mesmerized. He looks at her, realizes what he just did and passes the book back to her.

She removes her earphones.

You’re probably going to think I’m crazy, but I’ve been trying to track you down for two years, without knowing who you are, how many you are or what you look like. Let me explain. You see, aside from the fact that this is my university campus, I always come to work in this library, even though New York has many others, just as grand, I never go anywhere else because of a strange coincidence that has been going on for two years. You won’t believe me. But I’ll tell you. Should I tell you? Let me tell you. Every time I’ve come here, to this immense library, in this immense university, in this immense city, I’ve always found this book on the tables where I sat down by chance and I never, ever met the person who borrowed it.

He picks up the book.

Ibn Khallikan’s Biographical Dictionary, Wafayaˉt al-a‘yaˉn. I’m not sure I’m pronouncing that right. Please don’t think I’m superstitious. I’m not superstitious and never once over the past two years did I try to read into the reoccurrence of this extraordinary coincidence a cabbalistic sign or anything like that, but it started to seem crazy. There are a lot of books in this university library, a lot of tables, maybe fifty, and each one can seat twelve people which can mean as many as six hundred individuals on some days. If every individual consults three books and dutifully listens to Mr. Wayne Jon Jackson who’s constantly reminding us not to put the books back on the shelves ourselves, to let the staff do it, that can mean close to two thousand books left on the tables. And this book, Wafayaˉt al-a‘yaˉn, translated into English by William MacGuckin and printed in Paris in 1843, is the only copy the university possesses. So it’s not only the same title I find, by chance, on the table where I choose to sit, by chance. It’s the same book. The same object. Do you understand? The probability of finding the same title is slim enough, but when you consider that I never sit at the same table, never on the same days and that I come at all hours, the fact that of the 634 times I came here, I found the same object 592 times is pretty wild, right? All probabilities are possible, you say, that’s true, but some are rarer than others, and the rarer they are, the more beautiful. The impeccable harmony of chance, as Naji Abou Hamra, my statistics professor, always says. But one element needed clarification: was this book left by different people every time or was it always the same person? The first hypothesis leads us to the world of lovely coincidences, while the second leads to the world of grand harmonies, and if you were to turn out to be that person, I would have to question my view of the world. I’m the skeptical type who doesn’t believe in anything. I’m not even a nihilist or a pure materialist, let’s say I’m an objectist who believes everything is an object and who doesn’t waste time indulging in idle daydreaming. I don’t believe in signs. I don’t believe in magic or the mysterious meaning of life. But the minute I saw you with that book, everything started to tremble, and I think I’ve lost control of my claustrum, my putamen and my anterior cingulate cortex, the parts of the normally constituted brain that are indispensable for the production of fantasies. But all the fantasies my brain might produce don’t hold a candle to what I felt when you finally appeared after these two long years. To make myself clear: if the impeccable harmony of coincidence is you, then I’ll have to renounce my convictions and start believing in horoscopes, in the invisible, in angels and the extraterrestrials who supposedly fabricated us in their laboratories, and I’ll act like those simple-minded people who insist upon seeing in these chance moments, signs of fate, the hand of God and other such nonsense.

WAHIDA. And of course, you are not simple-minded.

EITAN. Not at all. I repeat: I’m not the type who attributes meaning to a mere probability. So there must be a scientific explanation.

WAHIDA. That would prove what?

EITAN. That our meeting is not due to chance.

EITAN. To the Big Bang.

EITAN. Don’t laugh, I’m serious. I can’t see any other explanation. Up until the t moment of the Big Bang, in the time span that has neither beginning nor end, our matter, yours and mine, was already entwined with that of this book in a particle infinitely smaller than the head of a pin. Entwined to such an inconceivable extent that it took the Big Bang to separate us and 13.8 billion years for us to meet again in this library, you and me and the book, and to experience beyond time and space the initial sensation of connection. Well, so much for that. I hope you don’t think I’m trying to pick you up.

WAHIDA. Never crossed my mind, but speaking of the Big Bang, in Harlem at the corner of 122nd and Lenox, they just opened a bakery / night club. It’s called This is the End. The music is awesome and the donuts are to die for . . . Then you said some- thing about the speed of light and the arc of time but I couldn’t hear a thing, my heart was beating so loud in my ears. We stood up. You knocked over your chair. Mr. Wayne Jon Jackson got mad and we left, laughing. I’d forgotten how to walk, I couldn’t believe what was happening. What a gift. At least I will have felt that once in my life. It’s overwhelming, Eitan, a heart bursting. You and me. How could it possibly be mere chance? What deter- mines a meeting? A book, a donut, a genocide three-quarters of a century ago. And what if this and what if that and if and if and if and if and if and if and if and if you and I hadn’t met. Then the Big Bang would have led to nothing. Is that even possible, Eitan? The universe splits with every if. How many times have you told me that? We forget that in this very moment there exists a world in which you and I never met. If that’s true, then I don’t know who is unhappier, between me and me. Sorrow waits patiently in the wings. Its time has come. But I’d rather be a stone than that woman to whom you mean nothing. We walked down the wide steps of the library that day in the freezing cold of winter that was a pretext for holding on to each other. A joyful drifting. Forgetting everything else, our studies, New York, the rest of the world, simply a backdrop. We weren’t asking for anything and everything was given to us. Life’s treasure. The fusion when, making love, I felt you tremble, on the verge of tears, and I asked, Eitan, Eitan, what’s the matter, what’s wrong, and you: nothing, my love, it’s magic for the man who didn’t believe in magic. And now? Where is that magic? I’ve opened the window in your room. The night is so mild, the air so pure, everything feels like it was before, but what’s the point, if you don’t wake up? Eitan . . . I don’t know how to notify your parents. I went to see that woman . . . Mrs. Kimhi, your grandmother, I told her, Eitan was one of the victims of the attack. She slammed the door in my face. What is going on? Eitan! Come back. Who cares about our fights, our disagreements? None of that matters, just come back, Eitan! Do you hear me? Do you hear me? 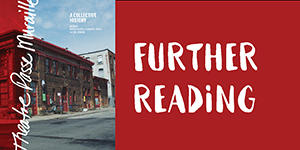 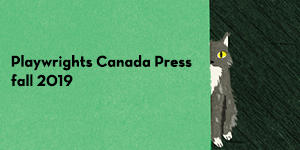