Check out these plays that came from the legendary theatre

Maggie and Pierre by Linda Griffiths
This unforgettable play was Linda’s first with TPM as a writer in 1979, cementing a promising future. In director Paul Thompson’s essay in Theatre Passe Muraille: A Collective History, he writes “Linda was like an Olympic athlete whose training regime had all been aimed at that moment. . . She was a Ferrari and this was our Grand Prix. She could do anything.”

The Crackwalker by Judith Thompson
In Theatre Passe Muraille: A Collective History, it’s noted that the late director Clarke Rogers considered Judith Thompson’s first play The Crackwalker to be one of his proudest achievements. Judith herself writes “It was the forming of my identity as a theatre maker. . .”

Lilies by Michel Marc Bouchard, translated by Linda Gaboriau
The English language premiere of Lilies was at TPM in 1991. This play about a tragic gay love triangle in the early 1900s continues to be popular to this day, with translations in at least six other languages, and a critically acclaimed film.

The Drawer Boy by Michael Healey
Now one of the most classic Canadian plays, The Drawer Boy, which premiered in 1999, is a direct response to another TPM play, The Farm Show, and features a young actor who goes to live with two aging farmers for research. The Drawer Boy went on to win the 1999 Governor General’s Literary Award for Drama.

’da Kink in my hair by Trey Anthony
’da Kink has a fantastic history – from premiering at the Toronto Fringe Festival to Passe Muraille’s production to Mirvish to television! Former artistic director Layne Coleman wrote in his essay in Theatre Passe Muraille: A Collective History that “People actually began pushing and shoving to get in line for tickets. The lineup was around the block. My daughter saw the show. She was in her teens and she told me that it meant more to her than any show she’d ever seen.”

Pyaasa & Letters to My Grandma by Anusree Roy
In his essay, current artistic director Andy McKim praises the work of Anusree Roy, mentioning he programmed her first play, Pyaasa, in his first season. In her essay, Anusree remembers her first meeting with Andy, and how he told her he wanted to show the work without any changes. “He wanted my voice, my authentic writing voice, out there.”

These plays also premiered at Theatre Passe Muraille:
The League of Nathans by Jason Sherman
Mom, Dad, I’m Living with a White Girl by Marty Chan
The Little Years by John Mighton
Such Creatures by Judith Thompson
Alien Creature: A Visitation from Gwendolyn MacEwan by Linda Griffiths
The Book of Jessica: A Theatrical Transformation by Linda Griffiths and Maria Campbell 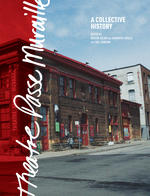 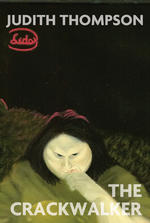 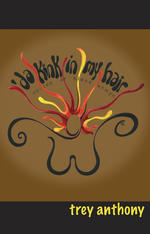 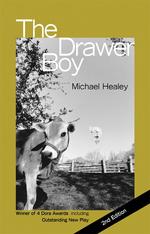 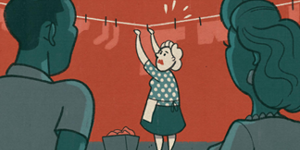 Read an excerpt from Hilda's Yard 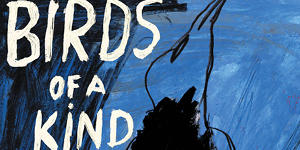