Johnnie Walker is a queer writer and performer from Toronto best known for his solo show Redheaded Stepchild. He has held residencies with Canadian Stage, Buddies in Bad Times, Theatre Passe Muraille, Videofag, and Playwrights Workshop Montreal. His work has appeared at SummerWorks, Rhubarb, Next Stage, Uno Fest, and at Fringe Festivals across the country. His most recent play, Shove It Down My Throat, premiered at Buddies in 2019. Johnnie is also a popular nightclub DJ, and has spent over a decade writing and hosting shows for queer burlesque troupe BoylesqueTO. He wrote, directed, and starred in the short film Saturn Devours. www.johnniewalkerartist.com 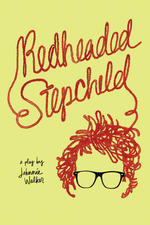