Robert O'Hara is a playwright and director. His play Antebellum received a world premiere production from Woolly Mammoth Theater Company, and earned him a Helen Hayes Award for Outstanding New Play. He reworked The Wiz for its revival at La Jolla Playhouse. He wrote and directed the world premiere of Insurrection: Holding History (Public Theater, Oppenheimer Award for Best New American Play). As a director, he has won an Obie Award and an NAACP Best Director Award and has worked at acclaimed theaters throughout the United States. 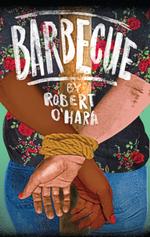