Marjorie is a multi-disciplinary theatre artist based in Toronto. As a writer, her works have been performed in the United States, Scotland, Hong Kong, Russia, and across Canada. She has been artist-in-residence with Tapestry New Opera, Cahoots Theatre, Factory Theatre (with Njo Kong Kie), Theatre Centre (with the 6th Man Collective), Theatre Direct Canada, SUNY (Geneseo, New York), Theatre du Pif (Hong Kong), and the Banff Playwrights’ Colony. A seven-time nominee, Marjorie is the recipient of four Dora Awards, one as an actor, and three as a librettist. She has also received the K.M. Hunter Artist’s Award in Theatre for the breadth of her work, as well as a Harold Award for her community contribution to the theatre industry in Toronto. Other notable nominations include the John Hirsch Directing Prize, the Governor General’s Literary Award for her playwriting debut, China Doll, and the Canadian Citizen Award for her work with Crossing Gibraltar—a theatre program for marginalized communities. Most recently, she was awarded the George Luscombe Award for Mentorship in Professional Theatre. Marjorie has been Artistic Director of Cahoots Theatre Company since 2013, with a focus on new play development, mentorship, and accessibility. 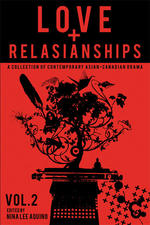 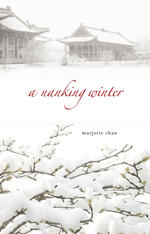