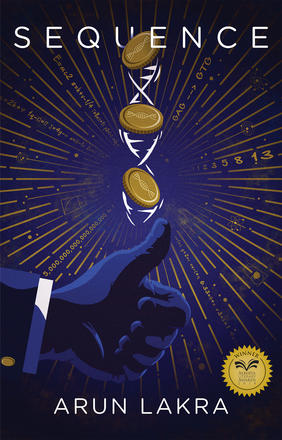 “Luck is like irony. Not everybody who thinks they got it, got it. ”

Theo has been named Time Magazine’s Luckiest Man Alive. For twenty consecutive years he has successfully bet double or nothing on the Super Bowl coin toss. And he’s getting ready to risk millions on the twenty-first when he is confronted by Cynthia, a young woman who claims to have figured out his mathematical secret.

Stem-cell researcher and professor Dr. Guzman is on the verge of a groundbreaking discovery. She’s also learned that one of her students has defied probability to get all 150 multiple-choice questions wrong on his genetics exam, but it’s not until he shows up to her office in the middle of the night that she’s able to determine if it’s simply bad luck.

The two narratives intertwine like a double helix of DNA to examine the interplay between logic and metaphysics, science and faith, luck and probability. Belief systems clash, ideas mutate, and order springs from chaos. With razor-sharp wit and playful language, Sequence asks, in our lives, in our universe, and even in our stories, does order matter?

“So often the answer to a play or story is predictable, hidden obvious in the text as the tale unfolds. Here, as the stories twist and twirl, as parallels emerge and cross each other, the solution seems reachable, even evident, and yet unknowable. [Sequence] climaxes in a moment that bursts the heart, conjures infinity. It answers its questions in a way that is loud and immediate, satisfying and yet unexpected. ”

“An intellectual Rubik's cube that challenges us to consider some of our most profound questions in a search for some kind of alignment. ”

“For as long as I can remember, I’ve been in love with intelligent, complicated and ominous psychological thrillers. The ones that give me chills and make me jump at the slightest provocation for days afterward . . . Sequence does not disappoint. ”

“Sequence is a smart, funny, fast-paced play on the nature of luck and love that will leave both your head and your heart spinning. ”

“Lakra’s writing style is a little bit Aaron Sorkin . . . a little bit David Mamet . . . and a whole lot of Tom Stoppard . . . all coming at you like a cavalcade of playwriting’s greatest hits over the past three decades. Sequence balances smart and heart. ” 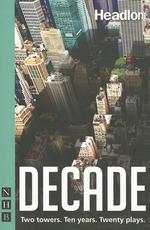