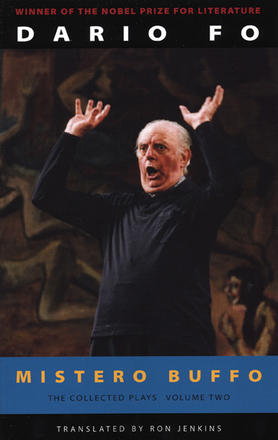 Mistero Buffo is Dario Fo’s one-man tour de force, in which he creates his own subversive version of Biblical stories. Infused with the rhythmic drive of a jazz improvisation, the immediacy of a newspaper headline, and the epic scope of a historical novel, Fo and his wife/collaborator Franca Rame have performed Mistero Buffo throughout the world to over 10 million people.

One of the major theatrical artists of the twentieth century, Italy’s Dario Fo was awarded the 1997 Nobel Prize in Literature.

Other Books By Dario Fo or Ron Jenkins