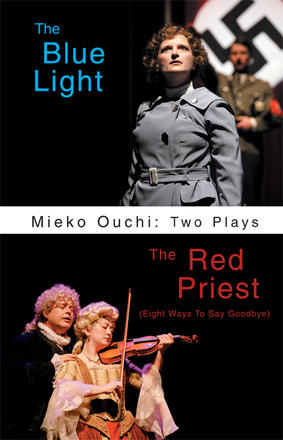 The Blue Light: Leni Riefenstahl, one hundred years old, is in the office of a young female Hollywood studio executive. Leni's reason to be there is clear: to make one last desperate pitch to direct her first feature film in fifty years. A thought-provoking contemplation on art, politics, and the seduction of fascism, and a theatrical examination of a woman who danced one perfect dance with the devil and forever changed the way films are made. Leni Riefenstahl was one of the most remarkable and controversial women of the twentieth century. Dancer, actor, photographer, and filmmaker, Riefenstahl caught the eye of Adolf Hitler with her prodigious first film: The Blue Light. A cinematic innovator, her decision to direct Triumph of the Will, got her blacklisted as a filmmaker until her death in 2003 at 101, unrepentant and mostly forgotten. The Red Priest (Eight Ways To Say Goodbye): Trapped in a loveless and abusive marriage, a young unnamed woman is forced by her husband, a rich courtier of Louis XV, to take violin lessons from the aging and desperate Italian composer Antonio Vivaldi, and within six weeks play a concerto for the court in Paris in 1741. All for a bet. The delicate, complex, and combative journey they embark on will not only decide their futures, but also change them both in ways they never imagined. A story about the healing power of music and the journey to become an artist. Finalist for the 2004 Governor General's Literary Award for Drama. Winner of the 2005 CAA Carol Bolt Award

"This dazzling orchestration of theatrical virtuosity… is destined to blaze a trail across the Canadian theatre scene as vivid and bright as Antonio Vivaldi's shock of flaming red hair. " —Alexandra Gill, The Globe and Mail

Other Books By Mieko Ouchi or Vanessa Porteous 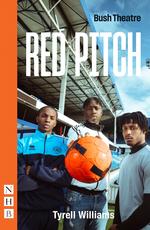 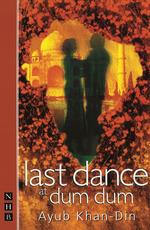