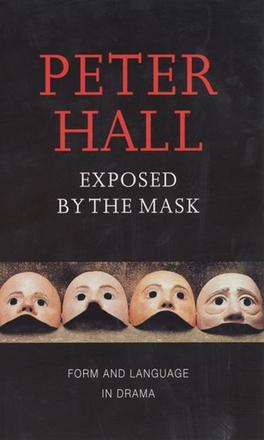 Form and Language in Drama

Britain’s Sir Peter Hall is considered by many the most important director in his generation. As the artistic director of the Royal Shakespeare Company, the National Theatre and the Old Vic, he has directed the greatest actors of our time in numerous seminal interpretations of Shakespeare and the Classics.

In his latest work, Sir Peter Hall ranges over the extraordinary history of world drama to find the common experiences that are able to create the theatrical form. This series of 4 lectures were delivered at Trinity College in Cambridge as part of the famed Clark lectures which began in the nineteenth century.

The argument of the lectures is that theatre is only created when emotions are contained by a form. That very form paradoxically gives freedom of expression. Thus the Greek mask enables the actor to express hysteria. The mask, whether it may be the actual physical mask on the face, or the form of the drama itself, makes expression possible. Shakespeare’s verse is his mask. Mozart’s sonata is his. And Beckett and Pinter (by the metaphors of their plays) have brought poetry back to the theatre. Without form there can be no freedom.

Peter Hall is currently in Denver, Colorado, in rehearsals for the world premiere production of Tantalus, a 15 hour, 10 play cycle based on Greek tragedy to open at the Denver Center Theatre in October 2000.