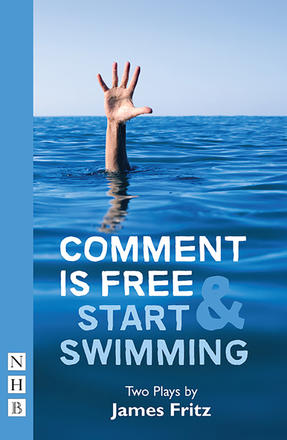 Two plays by award-winning writer James Fritz, each asking urgent, pointed and complex questions of the times we live in.

Ideal for schools, youth theatres and amateur companies to perform, these versatile and incisive plays demonstrate an innovative playwright at the top of his craft.

In Comment Is Free, a journalist forms the centre of a devastating media storm. After being staged by Old Vic New Voices in 2015, the version published here was broadcast on BBC Radio 4 in 2016, winning both the Tinniswood and Imison Awards for Audio Drama.

Start Swimming is a play about occupation, revolution and what the future holds for today’s youth. One step away from disaster, there’s only one thing left to do: start swimming. First staged by the Young Vic Taking Part department, Start Swimming was also performed at the Edinburgh Festival Fringe in 2017.

"A brilliant piece... It took my breath away."

"Theatrical and fun... radiates a puckishness and sense of mischief that mocks control systems even as it articulates their bleakness."

"Both a caustic critique of contemporary society’s treatment of young people and an exploration of the role of language in the perpetuation and justification of the practices under critique."

"Raw and vivid... a powerful indictment of the situation in which many people find themselves."

Other Books By James Fritz 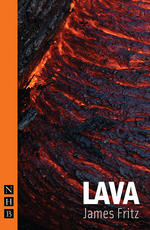