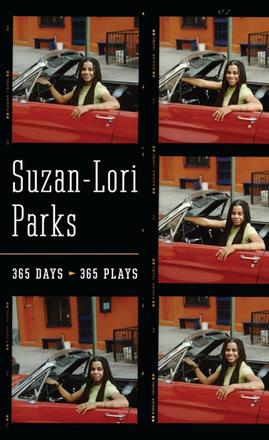 “Suzan-Lori Parks is one of the most important dramatists America has produced. ”—Tony Kushner

“The plan was that no matter what I did, how busy I was, what other commitments I had, I would write a play a day, every single day for a year. It would be about being present and being committed to the artistic process every single day, regardless of the ‘weather. ’ It became a daily meditation, a daily prayer celebrating the rich and strange process of a writing life. ”—Suzan-Lori Parks

On November 13, 2002, the incomparable Suzan-Lori Parks got an idea to write a play every day for a year. She began that very day, finishing one year later. The result is an extraordinary testament to artistic commitment. This collection of 365 impeccably crafted pieces, each with its own distinctive characters and dramatic power, is a complete work by an artist responding to her world, each and every day. Parks is one of the American theater’s most wily and innovative writers, and her “stark but poetic language and fiercely idiosyncratic images transform her work into something haunting and marvelous” (TIME).