As 2019 is coming to a close, we're looking forward to what's coming in the new year! Our spring season is stacked with stories of adventure, self expression, understanding family, and putting love to the test.

Check out our spring 2020 roster below!

Floyd, the prime suspect in a workplace accident, follows the route of the Trans Mountain Pipeline as he is pursued by the RCMP. But by the time he reaches the Pacific, Floyd has experienced some significant physical changes…

Through spoken word, storytelling, and hip hop, Donna-Michelle St. Bernard challenges racial discrimination, the suppression of expression, and the trials of activism.

In the first (known) Indo-Caribbean-Hindu-Canadian identity play, Jivesh Parasram offers the Hin-dos and Hin-don’ts for those living in the margins and the mainstream.

For over five hundred years, a polar bear named Angu’řuaq has been witness to history from a breathing hole in Nunavut: from his entry into an Inuit community in the sixteenth century, to an encounter with the Franklin Expedition in the mid-nineteenth century, to an oil-slicked struggle on a cruise ship in the twenty-first century.

It's All TRU
Sky Gilbert

Brontë: The World Without
Jordi Mand

The literary careers of Charlotte, Emily, and Anne Brontë unfold in this striking historical drama, which collects the moments filled of desperation, passion, jealousy, and self-expression to show what it was like to be an ambitious woman in the 1800s.

When a father and son set out for a quick visit with family for dinner, their pit stop turns into a tense weekend-long event when nobody around them understands or knows how to deal with the son’s schizophrenia diagnosis.

A young queer Muslim man struggles to navigate his tumultuous relationships with his genderqueer lover and manipulative mother as traumatic memories from his past begin to resurface.

When a sixty-something divorce lawyer convinces a young rabbi to help him get a quickie Bar Mitzvah, the pair embark on a hilarious crash course that leads them into sentimental reflections on their faith and family.

Can a lesbian couple find Mr. Right? When Helen and Paige set out to find a sperm donor who can be known to their future child but not involved their upbringing, the normally anonymous challenge becomes even more intimate than expected.

In these dark fairy tales for young readers, two girls face danger head-on while grieving loved ones, and learn some hard truths about growing up along the way.

In a scintillating back-and-forth puzzle of “what if,” the foundations of what we know and how we know them come into question through two interwoven narratives.

You can view or download the full Spring 2020 catalogue, or request a print one be mailed to you.

Thank you to Iryna Bodnaruk for the delightful catalogue cover art! 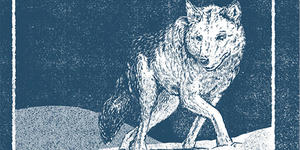 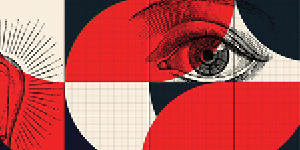 Three vital questions for a director