Wolfie won Best New Play at both the Writers' Guild Awards and the Off-West End Awards 2020, and also earned him a nomination for Best Writer at the 2019 Stage Debut Awards and Most Promising Playwright at the Evening Standard Theatre Awards. He won the 2019 Royal Court and Kudos Fellowship and the 2019 Channel 4 Playwright Award. He has been described as 'a fresh and fearless voice' in British theatre. 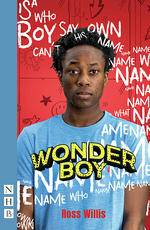