The company has made numerous shows for families and early years, including Eliza and the Wild Swans, Edgar and the Land of Lost, Eloise and the Curse of the Golden Whisk and The Forever Machine (all co-productions with the Bike Shed Theatre); Little Tim and the Brave Sea Captain (a co-production with Bristol Old Vic); and The Star Seekers (a co-production with The Wardrobe Theatre, Bristol). 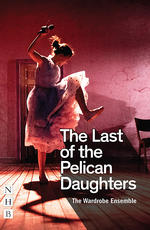 The Last of the Pelican Daughters