Stewart Pringle is Associate Dramaturg at the Bush Theatre, London. Prior to that he was Artistic Director of the Old Red Lion Theatre in Islington, for which he received the 2016 Off West End Award for Best Artistic Director. In 2011 he co-founded the London Horror Festival. Working as a theatre critic for several years, his writing has been published in The Stage, Time Out, New Scientist and Exeunt Magazine.

As a playwright, his work includes Trestle (Southwark Playhouse, 2017; winner of the 2017 Papatango New Writing Prize), The Ghost Hunter and You Look Tasty!. 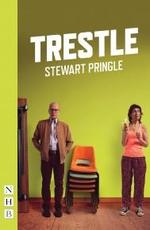