Beatriz Pizano is a playwright, director, actor, dramaturge, and the founder and artistic director of Aluna Theatre, the oldest Latinx theatre company in Canada, creating daring, experimental, and political theatre from a TransAmerican perspective. Beatriz has received extensive awards and nominations for her plays and was the first Latinx woman to receive a Dora Mavor Moore Award and a Toronto Theatre Critics’ Award for her acting. Her writing challenges Eurocentric approaches to theatre creation. She is a fierce activist who creates spaces and opportunities for racialized artists and playwrights and was recognized in 2019 as one of TD’s Most Influential Hispanics in Canada. She lives in Toronto. 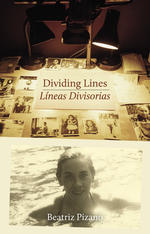