Janet Munsil’s work has been produced on mainstages internationally, including Alberta Theatre Projects, Tarragon Theatre, Touchstone Theatre, West Yorkshire Playhouse, the Citizens Theatre (Glasgow), the Arts Club Theatre, Persephone, and the Soho Theatre (London). That Elusive Spark was a finalist for the 2014 Governor General’s Literary Award. Her adaptation of Pride and Prejudice, commissioned and co-produced by Theatre Calgary and the National Arts Centre, has been seen worldwide. Munsil is the former artistic director of Intrepid Theatre. She currently teaches writing at UVic, and is adapting her most recent play, Attaboy! into a one-hour drama pilot through the CBC Creative Relief Fund. In March 2020, she instigated the Canadian Play Thing (plaything.ca) to support the work of playwrights, which she operates from her home on Lekwungen territory/Victoria, BC. 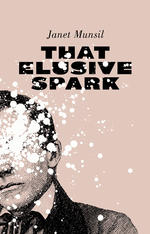