Sean McLoughlin started writing plays seriously when he was twenty eight, much due to the encouragement of the playwright Aodhan Madden. Noah and the Tower Flower was his first play, and was produced by the Fishamble Theatre Company at the Axis Theatre, Ballymun in April 2007. Noah and the Tower Flower won Sean The Irish Times Best New Play Award and The Stewart Parker Trust Award. for Best Newcomer. 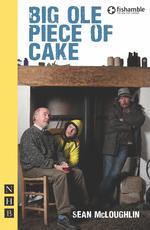