Conni Massing is an award-winning writer working in theatre, film, and television. Stage credits include The Myth of Summer (Alberta Theatre Projects), Oh! Christmas Tree (Lunchbox Theatre), and her stage adaptations of W.O. Mitchell’s Jake and the Kid (Theatre Calgary) and Bruce Allen Powe’s The Aberhart Summer (Citadel Theatre). She has several publications to her credit, including five of her plays and a comic memoir, Roadtripping: On the Move with the Buffalo Gals, published by Brindle and Glass Publishing. Her writing has been recognized by Alberta Media Production Industries Association, the Academy of Canadian Cinema & Television, the Betty Mitchell Awards, the Writers’ Guild of Alberta, and the Elizabeth Sterling Haynes Awards. 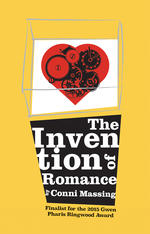