Lorena Gale was a Canadian actress, director, and writer. She was active in stage, movie, and television acting from the 1980s until her death in 2009. She was the author of two award-winning plays, Angélique and Je me souviens. Gale acted in several A-list movies, including Fantastic Four, The Chronicles of Riddick, and The Exorcism of Emily Rose. She guest starred on programs such as The X-Files, Smallville, and Kingdom Hospital. She also starred as Priestess Elosha on the SciFi Channel television program Battlestar Galactica. Her play, Angélique, the story of executed slave Marie-Joseph Angelique, was the winner of the 1995 duMaurier National Playwriting Competition in Canada. 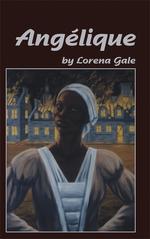