Anna Chatterton is a librettist, playwright, and performer. She is a two-time finalist for the Governor General’s Literary Award for Drama—in 2018 for her play Gertrude and Alice (co-written with Evalyn Parry), and in 2017 for her play Within the Glass. Her solo play Quiver was a finalist for the 2019 Hamilton Literary Awards in Fiction. Anna's plays have been produced by the Shaw Festival, Nightwood Theatre, Tarragon Theatre, and Alberta Theatre Projects, among others. Anna has been a playwright-in-residence at Nightwood Theatre, the National Theatre School of Canada, Tarragon Theatre, and Tapestry Opera. She lives in Hamilton, Ontario. 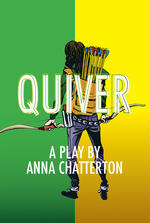