Aimé Césaire was a world-renowned poet, essayist and dramatist, whose best known works include Notebook of a Return to My Native Land, The Tragedy of King Christophe and A Season in the Congo. He was the founding editor of Tropiques, which was instrumental in establishing the use of surrealism as a political weapon. He co-formulated the concept of "negritude,” which urges black Africans to reject assimilation and cultivate consciousness of their racial qualities and heritage. Césaire held a number of government positions in his native Martinique, including that of mayor of Fort-de-France. Césaire died in 2008. 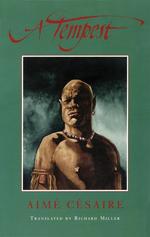