Jessie Cave is a writer and performer. She is best known for playing Lavender Brown in the Harry Potter films. She was a regular in Sky’s flagship sitcom Trollied and has also appeared in Call the Midwife, Black Mirror, Loaded and Father Brown.

Jessie’s doodles about love and her depiction of motherhood have a cult following on Instagram. Her doodles and comedy were featured in Dictionary Corner on 8 Out of 10 Cats Does Countdown. Her first book of doodles, Love Sick, was published by Penguin Random House in 2015.

Her solo comedy shows have been critically acclaimed and have had sell-out runs in Edinburgh and Soho Theatre. 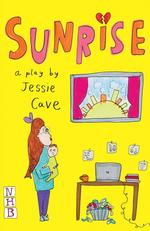