Villa and Speech were published in Theater Magazine (Yale) in Spring, 2013. Neva received its English Language Premiere at The Public Theater in March and its West Coast premiere at Center Theatre Group, in co-production with South Coast Repertory and La Jolla Playhouse, in June. He is currently working on a commission from the Royal Court Theater. 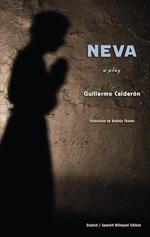