Ronnie Burkett has been captivated by puppetry since the age of seven, and began touring his shows around Alberta at fourteen. Ronnie Burkett Theatre of Marionettes was formed in 1986, continuously playing on Canada’s major stages, and as a guest company on numerous tours abroad. Ronnie received the 2009 Siminovitch Prize in Theatre, the Herbert Whittaker Drama Bench Award for Outstanding Contribution to Canadian Theatre, a Village Voice OBIE Award, and four Citations of Excellence from the American Center of the Union Internationale de la Marionnette. He is based in Toronto. 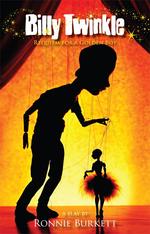