Born in Islington in 1964, Kathy Burke trained at the Anna Scher Theatre. She made her professional acting debut in the 1982 film Scrubbers.

She won an RTS Award for Mr Wroe’s Virgins, a British Comedy Award for Gimme Gimme Gimme, the Best Actress Award at the Cannes Film Festival for Nil by Mouth, and Loaded Magazine’s Woman of the Decade Award in the 1990s.

Her play, Mr Thomas, was first performed at the Old Red Lion, Islington, in 1990.

She also wrote the autobiographical mini-series Walking and Talking for Sky Arts. 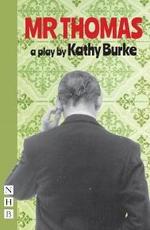