Joel Bernbaum is an actor, director, playwright, journalist, and the founding artistic director of Sum Theatre. Born and raised in Saskatoon, Joel is the only child of a Buddhist mother and Jewish father. He is a graduate of the Canadian College of Performing Arts and Carleton University, where he did his master’s thesis on verbatim theatre’s relationship to journalism. With Sum Theatre, Joel created Saskatchewan’s first free professional live Theatre in the Park. To date, over 50,000 people have participated in Sum Theatre’s work. Joel’s produced plays include Operation Big Rock, My Rabbi (with Kayvon Khoshkam), Home Is a Beautiful Word, and Being Here: The Refugee Project. Joel is currently an interdisciplinary Ph.D. student at the University of Saskatchewan, investigating the potential of theatre to strengthen cities. He is grateful to be the first Urjo Kareda Resident from Saskatchewan and the first Pierre Eilliott Trudeau Foundation Scholar from the University of Saskatchewan. Joel lives in Saskatoon with his six-year-old son, Judah. 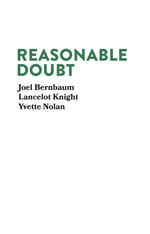