An Iceland-born Canadian, Maja Ardal was schooled in Scotland. She is a playwright, performer, theatre instructor, the former artistic director of Young People's Theatre, and a core member of Contrary Company. She wrote Midnight Sun, produced by Tarragon Theatre and the National Arts Centre, and published by Playwrights Canada Press. Over her thirty-seven-year career she has directed at the Shaw Festival, the Grand Theatre, and Alberta Theatre Projects among others. For her illustrious career, Maja was the recipient of the 2002 George Luscombe Award for Mentorship in the Theatre. Maja is playwright-in-residence at Nightwood Theatre, and has written The Cure for Everything, a sequel to You Fancy Yourself. 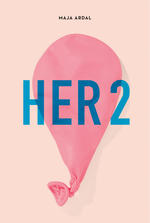 The Cure for Everything