Kawa Ada is an actor and writer. Soon after graduating from the Boston Conservatory, he was cast on Broadway in Bombay Dreams. He has since played leading roles across Canadian theatre, including at Factory, Tarragon, Belfry, Canadian Stage, and several seasons at the Shaw Festival. He won a Dora Mavor Moore Award for his debut performance at the Soulpepper Theatre Company in Accidental Death of an Anarchist. Kawa began his writing with solo shows, including The Canny Afghani, which premiered at the Boston Center for the Arts. He wrote and produced the comedy short Jihad Gigolo, which was screened at the ReelWorld Film Festival. He was born in Kabul and lives in Toronto. 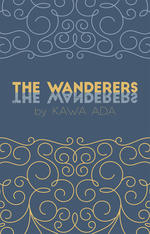