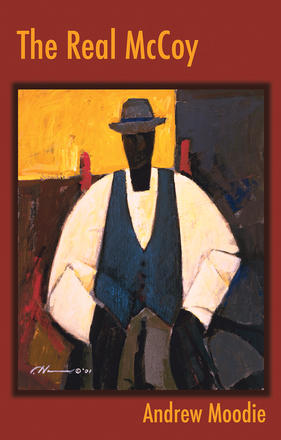 The story of inventor Elijah McCoy, whose name became a byword for quality, as in "the real McCoy. " The play explains why we've never heard of him and reclaims a fascinating man's life from undeserved obscurity.

Elijah McCoy, born in Canada to runaway American slaves, showed so much promise in school that he won a scholarship to study mechanical engineering at Edinburgh University. McCoy moved to the US, where no one believed a black man could be an engineer and so he was set to stoking boilers. Nevertheless, McCoy devised a solution to one of the greatest problems facing steam locomotion that was sold worldwide with the marketers proviso that McCoy's race be concealed.

“…first-rate. The Real McCoy is a thoughtful yet quickly paced examination of the man who became 'the real McCoy' behind the term… [a] remarkable play that made me believe, with both intellect and my soul, that Moodie is right when he writes that “a full and generous love of our fellow man is within our grasp. ”

"The Real McCoy is a spectacular work. "

Other Books By Andrew Moodie