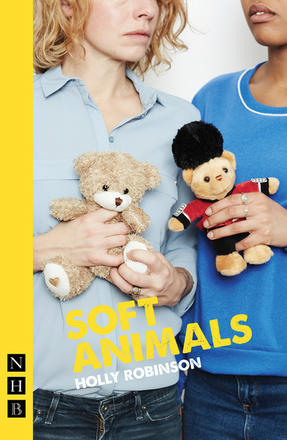 Sarah gets spat at in the street. Frankie doesn't go to her lectures. In the aftermath of the accident that brought them together, neither expects to find solace in the other's company.

Between hate mail and novelty teddy bears, the two women become something like friends. They want to punish themselves. They might save each other.

Holly Robinson's debut play soft animals is a tender and unflinching story about motherhood, self-destruction and the way women help each other heal.

It was shortlisted for the Tony Craze Award in 2017, and premiered at Soho Theatre, London, in February 2019.

"A delicate debut play. " —The Stage

"Packs a serious punch at every turn. .. Robinson has written a striking debut with a story which doesn't skip a beat. " —A Younger Theatre

Wrong For Each Other