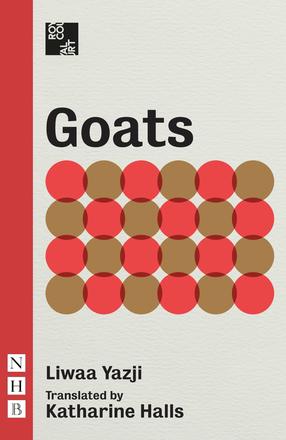 As coffins pile up, a local party leader decides on a radical compensation scheme: a goat for each son martyred.

Developed as part of the Royal Court International Department’s long-term project with writers from Syria and Lebanon, the play premiered
at the Royal Court Theatre, London, in the Jerwood Theatre Downstairs, on 24 November 2017, in a production directed by Hamish Pirie.

"Exposes the mixture of grotesquerie and cruelty that are aspects of civil war. " —Guardian

"Disturbing, bitterly funny and caustically angry. .. a painful and original piece about the terrible price of conflict and oppression. " —Financial Times

"Compelling. .. a darkly humorous lens through which to examine the messy, multi-sided, multi-storied conflict that is the Syrian Civil War. " —Exeunt Magazine