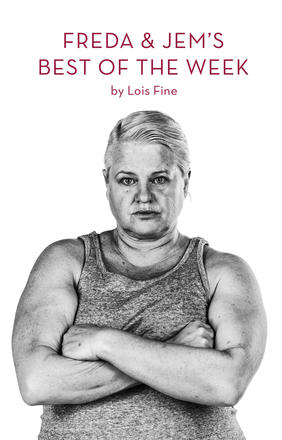 Jem is a self-described butch dyke from Montreal who always imagined spending her life in bars and having multiple flings. When she meets Freda, a woman who exposes Jem’s vulnerabilities, her preconceived notions of who she is become moot as she finds herself partnered in a long-term relationship with kids. Which she surprisingly loves—most of the time. But that’s all changing as Jem and Freda’s marriage shifts from one of love and lust to one of gripes and grumbles.  Freda & Jem’s Best of the Week is a love story that explores the struggle for identity as a couple reconciles a new way of loving one another while accepting their new familial reality.

“A delightful creation that shatters stereotypes… this unusually usual family, is universal and will appeal to all. ”

“This play is a dramatic poem, which theatrically documents major social change in the 21st century—the re-invention of family, the seismic shifts happening in our perception of gender… a brave and groundbreaking play. ”