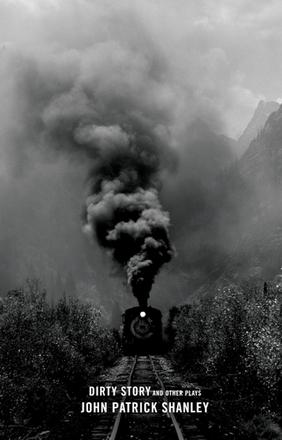 “In the appallingly entertaining Dirty Story . . . Mr. Shanley has expanded his focus from the intimate to the international to create one of the liveliest, boldest and—against the odds—funniest studies ever of a subject that even hard-core satirists tend to approach on tiptoe. ”—Ben Brantley, The New York Times

Three new works by Pulitzer Prize–winning author John Patrick Shanley, one of our country’s most politically current and theatrically elastic playwrights. In Dirty Story a couple of sadomasochistic writers fight over rights to their New York City loft, in this sexy satire of the Israeli-Palestinian conflict that is “astonishing,” says Tony Kushner, “The analysis of the Middle East in this play is dead on, exactly perfectly pitched. ” In his dark comedy Where’s My Money? Shanley takes on marriage, infidelity and divorce lawyers in a play that is “so harsh, it’s funny—terrifying, but funny,” (The New York Times). And in his Sailor’s Song, love becomes an act of courage, in this seaside romance about the certainty of death, the brevity of youth, and the importance of now.

John Patrick Shanley’s Doubt won the 2005 Pulitzer Prize for Drama and the Tony Award for Best Play, and was chosen as best play of the year by over 10 newspapers and magazines. His other plays include Danny and the Deep Blue Sea, Four Dogs and a Bone, Psychopathia Sexualis and Savage Limbo. He has written extensively for TV and film, including Moonstruck, for which he won an Academy Award for best screenplay.