We are thrilled to share the news that Hannah Moscovitch has won the Governor General's Literary Award for Drama for her striking play Sexual Misconduct of the Middle Classes!

The Governor General's Literary Awards are administered by the Canada Council for the Arts and determined by peer assessment committees to honour excellence in Canadian literature. Winners receive $25,000.

Here's what the peer assessment committee (Marcia Johnson, Matthew MacKenzie and Robert Tsonos) had to say: “Hannah Moscovitch’s play is an articulate, poetic, beautifully written play with characters who are complex and complicated. A superb piece of writing that shines as a play, as a living piece of theatre, and no doubt, literature that will endure. The committee could not be more thrilled to have chosen this winning play.”

Until Monday, November 22nd, get your copy for 40% off exclusively on our website.

Check out the rest of the award winners and finalists at ggbooks.ca. Share your congratulations and excitement using #GGbooks!

Hannah will be reading from the play at our Press Play Reading Series on November 23rd. Click here to register to watch.

Read the first scene of Sexual Misconduct of the Middle Classes below:

JON is writing. He’s struggling to focus on his work. After a pause, he closes his laptop or pushes papers away. He looks up and without hesitation speaks to the audience.

JON: Well, he was agitated: he didn’t know why, nothing came to him.

JON stands and picks up his Thermos of coffee, lifts it to his mouth, then hesitates.

A few weeks ago, the janitor forgot to unlock the men’s washroom before office hours, so he’d had to urinate into his Thermos. Then he’d opened his door, and met with students, and discussed their essays with them, with a hot Thermos of his own urine sitting on the windowsill.

JON looks down at the Thermos. He looks back at the audience.

Urine was, he knew, dissolved salts with a little organic yellow colouring in it. You just rinse it out and it’s fine.

He’d been trying to jot down lecture notes, but he’d been too agitated so he’d switched to grading papers and now he couldn’t even fucking do that. What the fuck was wrong with him?

Could it be a fragment of . . . ? His publishers were waiting on a novel about turn-of-the-century lumberjacks, so hopefully this girl was a part of that, or . . . could be shoehorned into it? Because also: come on, a girl? A young girl? Wasn’t there something deadly about the “young girl” as an object of fiction? Wasn’t it where writers went to expose their mediocrity? Because wasn’t it so often the “young girl” who was grossly underwritten, a cipher, a sex object, reduced to a cliché by lust-addled men?

JON looks at his watch or device.

Perhaps JON gets out an earpiece (a microphone) and puts it on.

Which meant a lecture on the death of postmodernism and the rise of transrealism with its adjacent mainstreaming of genre fiction to some ninety or so second years, so, that should really meet them where they were at.

JON regards the audience, to see if his joke registered.

That was a joke.

He uh—he—he—he liked to lecture without notes and address his students with a casual, jokey style, as though he was saying to them, “We’re all just trying to make sense of these beautiful texts of stagger- ing genius: I just happen to have spent a little more time with them than you have,” because this was 2014, and anyway it didn’t help to intimidate the students. He was on the side of the Greeks: learning is a seduction.

That was the sort of thing you couldn’t say out loud without getting fired.

A person enters. It’s a girl in a red coat. This is ANNIE. JON sees her. He is surprised to find the contents of his imagination are walking around in the world:

It was the girl. The girl in the red coat. 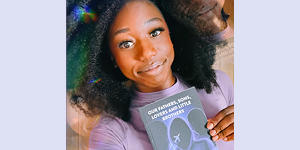 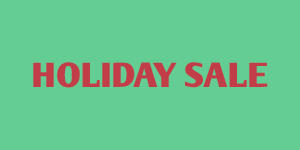