Describe yourself in one sentence.
I write, therefore I am.

What’s something unique about you or something that you like to do?
I keep pretty much the same hours as your typical vampire.

What are some of your favourite plays?
Maybe it’s because I’ve just spent more than half a year in lockdown, but most of the plays jumping into my mind that have rocked my world are solo shows. Bossin’s Home Remedy for Nuclear War by Bob Bossin inspired me to step on stage as a satirist. The Search for Signs of Intelligent Life in the Universe by Jane Wagner reminded me that theatre could be magic during the only time in my life when I was falling out of love with it. Fires in the Mirror and Twilight by Anna Deavere Smith changed the way I saw and heard language. Also … gotta include TJ Dawe’s solo shows and The Pochsy Plays by Karen Hines. And since Bar Mitzvah Boy is a two-hander, one of my all-time fave nights in the theatre was witnessing Morris Panych and Ken MacDonald in their astonishing two-person post-nuclear cabaret Last Call.

What’s something you discovered during the pandemic?
Zoom. And I never imagined I’d miss the phone and the good old days when no one could see you talk. I’ve also joined the cult of Yoga with Adriene. Find What Feels Good!

What are you reading these days?
As I’m occasionally peeking out from under the covers to see what’s happening in the Divided States of America, I’m currently binging on Hunter S. Thompson.

What’s something that makes you laugh?
I’m tempted to go with my cat Frejya—who is hilarious—and seldom ventures into political humour. But I’ve been teaching a class at the University of Victoria about laughing in troubled times and the challenges of finding the funny as the world melts down, so here are some of the few laugh-out-loud pieces of Corona comedy I’ve come across: Julie Nolke’s viral videos on “Explaining the Pandemic to My Past Self.” Here’s the first one.

Learn more about Mark Leiren-Young:
Mark Leiren-Young has written over two dozen plays, including dramas, comedies, musicals, revues and theatre for young audiences. His play Shylock has been produced around the world since debuting at Bard on the Beach in Vancouver in 1996. The Czech production of the play ran for three years in Prague and was broadcast as a television special in 2019. He won the 2009 Leacock Medal for Humour for his bestselling memoir Never Shoot a Stampede Queen. He lives in Victoria, BC. You can find out more about Mark at leiren-young.com. 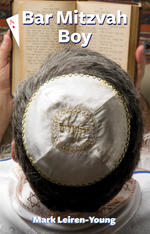 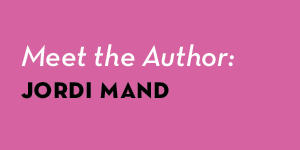 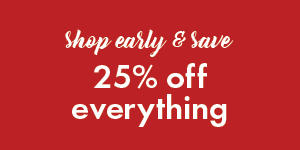 Prepare for the holidays earlier with our end-of-year sale