Summer is the best season for one reason: the weather means that you can sit outside and read! Here’s our list of lighthearted plays to keep you entertained through the upcoming lazy-crazy-hazy days.

Skin Flick by Norm Foster
Middle-aged couple Rollie and Daphne and their friend Alex all find themselves out of work. So when Rollie accidentally rents an X-rated film, the three decide to make some quick cash by filming their own reel. The only problem is that none of them want to star in it. As if on cue, Jill, a birthday telegram messenger, mistakenly arrives on their doorstep. This charming, laid-back comedy focuses the lens on inexperienced people suddenly navigating the world of pornography.

Bingo! by Daniel MacIvor
Five classmates come together for their thirtieth high school reunion. Some see it as an obligation, while others see it as a welcome trip home. As the night wears on, the group reconnects and gets closer to confronting their darkest secrets. Comedic, funny, and wise, Bingo! is about growing up and growing older.

Punch Up by Kat Sandler
The Most Pathetic Guy Ever kidnaps The Funniest Man Alive to make The Saddest Girl in the world laugh. When Duncan, a pretty boring guy, meets Brenda, who’s about to take her own life, he’s convinced he’s fallen in love. So he makes a deal: if he can get her to laugh, then she’ll give life another chance. However, since Duncan isn’t funny, he “uses” Pat, a newly divorced comedian, to help him quickly write a routine. A tragicomedy of three misfits, Punch Up navigates a hostage situation and a life-or-death comedy lesson, showing just how far we’ll go for a laugh.

Mahmoud by Tara Grammy and Tom Arthur Davis
Mahmoud is an animated and passionate taxi driver. Emanuelos is a perfume salesman who can talk a mile a minute. Tara is a preteen who only wants to be “normal.” When these three strangers cross paths, their shared experiences with racism, sexism, homophobia, homesickness, and everything in between become intertwined in unexpected ways, making sure to find the light through dark moments.

2 Pianos 4 Hands by Ted Dykstra and Richard Greenblatt
Ted and Richard are piano nerds. As they navigate obstacles including pushy parents, strange teachers, stage fright, and the dream of greatness, they become aware of the gap between being good and great, and come to a humbling observation that while concert stardom might be out of reach, they might just be two of the best piano players in the neighbourhood. 2 Pianos 4 Hands is all about pursuing dreams, having fun, and celebrating your accomplishments.

Shakespeare’s Dog by Rick Chafe
Will is torn between his two true loves: theatre and his wife, Anne. This is the story of Shakespeare’s spectacular rise to fame… told by the playwright’s dog, Hooker. Shakespeare’s Dog is a weird and wonderful comedy about the battle between man, woman, and beast. 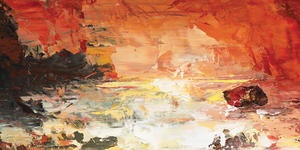 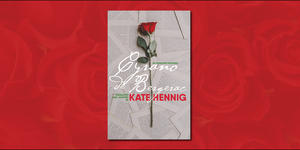