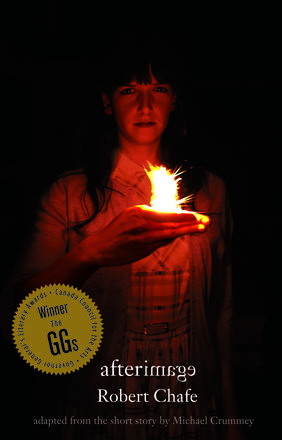 Seeing beyond Winston’s disfiguring scars and foreseeing a future with him, Lise falls in love and the couple soon marry. Years later, having inherited Lise’s gift, two of their children, Theresa and Jerome, must struggle to find their place within the community. But for Leo, their middle child, that is just the start of his worries. As he grows older and the chasm between himself and his family grows, Leo realizes that he doesn’t belong to his family. While familial tensions mount and secrets are revealed, the Evans family come to see the monumental effect even the smallest spark can create. Based on the short story by Michael Crummey, Afterimage explores the connections built within both family and community, of finding a place to belong.

"Afterimage is innovative and highly unusual…"

Other Books By Robert Chafe or Michael Crummey