As religious wars and witch hunts rage outside the castle walls, an unlikely band of alchemists and astrologers vie to unlock the secrets of the cosmos. Based loosely on the life of sixteenth-century astronomer, astrologer, and mathematician Johannes Kepler, the play draws disturbing parallels between medieval and modern thought.

Other Books By John Mighton 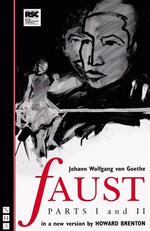