In this video interview prepared for the Canadian Association for Theatre Research’s annual conference, intermedia artist Freya Björg Olafson spoke to editor David Owen about Avatar, which is included in David’s anthology Long Live the New Flesh: Six Plays from the Digital Frontier.

In Avatar, Freya uses contemporary dance paired with the ambiguities of virtual social networks to navigate the digitally altered notions of exhibitionism, orientation, and identity.

Freya started developing the piece in 2007 and, wanting the effect of a live video feed, used a webcam, discovering ways to use their laptop that have come to be quite prevalent for 2021.

“I realized I was kind of on to thinking about how we see ourselves through the web camera and the computer as a tool to archive existence, and at the time I was looking a lot at sort of the emergence of vlogging and vlogging culture… and so I was looking at how people are using it to document their lives, share parts of their life,” Freya said.

To hear more about Avatar, Freya’s work in virtual reality, how they’ve perceived the pandemic through crisis and recovery, and to see a performance from the piece, watch the full interview:

About Freya Björg Olafson
Freya Björg Olafson is an intermedia artist who works with video, audio, animation, motion capture, XR, painting, and performance. Their praxis engages with identity and the body, as informed by technology and the Internet. Olafson’s work has been exhibited and performed internationally at the Bauhaus Archiv (Berlin), Southeastern Center for Contemporary Art (SECCA, North Carolina), Ludwig Museum (Budapest), and the National Arts Center (Ottawa). Olafson has benefitted from residencies, most notably through EMPAC, the Experimental Media & Performing Arts Center (New York), OBORO (Montreal), and CounterPulse (San Francisco). She holds an M.F.A. in New Media from the Transart Institute / Donau Universität and joined the Department of Dance at York University as an assistant professor in July 2017. In July 2021 they will begin a position in digital media at the School of Art at the University of Manitoba. Olafson was one of the recipients of the 2020 Sobey Art Award.

About David Owen
David Owen holds a Ph.D. in Performance and Theatre Studies from York University, and an M.F.A. in Directing from the University of Calgary, and an M.A. in Dramatic Theory and Criticism from the University of Alberta. He is an award-winning scholar, a theatre director, and a member of the Playwrights Guild of Canada. His current research focuses on the intersection of performance, game structures, and digital technology. He has written on a range of related topics such as LARP, burlesque, roller derby, and ideology embedded within planned communities. His book Player and Avatar: The Affective Potential of Videogames was published in 2017. He resides in Edmonton, Alberta.

Want to read Avatar and five other digital plays? Pre-order your copy of Long Live the New Flesh: Six Plays from the Digital Frontier now! 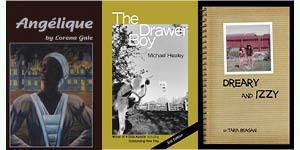 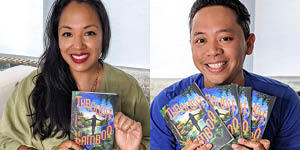